There are many hundreds of references to the woollen industry in both the Cumbria County Council and National Park historic environment records. This is not a comprehensive list of woollen mills – even within towns – just a selection of those about which we have most information. These notes are taken from the various references given, and from the un-published papers of Mike Davies-Shiel held by Cumbria Archives.

Click here for a general introduction to the wool industry in Cumbria. 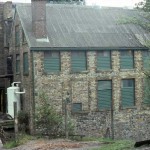 Alston. Built beside the River Nent – 31ft long and 32ft wide – powered by a large water wheel 4.5ft wide and 50ft diameter. First advertised for rent in June 1802 as “fit for spinning cotton and flax” but produced mainly worsteds and – for a few years – carpets until closure in the 1880s.
A history of Alston Moor : Alastair Robertson, Hundy Publications, 2010 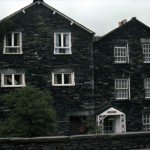 Ambleside. Fulling mill dating from the late Middle Ages converted into a large 3-storey woollen mill in 1795. Run by the Cooper family and latterly the Partridges. Converted to a saw mill in the 1830s and more recently to a restaurant. The waterwheel was rebuilt in 1999.
The mills of Ambleside : Mike Davies-Shiel, 2003 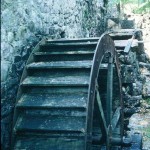 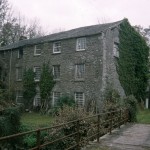 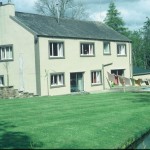 Caldbeck Water-powered mill of three floors and a garret built early 1800s. Advertisement in the Carlisle Journal of 1 June 1822 announces that “Messrs Graves and Scott have improved their machinery and can manufacture carpets, blankets, sagatha, duffles, plaidings and stocking yarns, and all different kinds of coarse woollen goods ,,,”. Later known as Ivinson’s mill. Fulling mill and dye house on site. Wool bought from “neighbouring farmers, from wool staplers at Bradford, and from Atkinsons, Carlisle tanners”. Undyed cloth for suits and overcoats; blankets etc.. “Large quantities of wool came only to be carded for the owners to spin at home on hand spinning wheels”.
100 years of hill farming : G.H.Cole, Scotforth Books, 2014

Carlisle – Raven Nook Mill. Built 1850 on the River Petteril, steam powered and lit by gas from own works. The opening speech remarked that “they had long enjoyed the advantages of cotton manufacture, and it was hoped that this was the beginning of a similar course of prosperity for the County of Cumberland in the matter of Woollen Manufacture”, although another speaker reminded them that this was “but a re-establishment of this branch of industry here, for it had been introduced about 100 years ago..”. The mill housed the “various operations of sorting, teasing, carding, spinning, weaving, dyeing etc.” with a separate fulling house.
A suburb of Carlisle – Linton Holme : M K Dickens 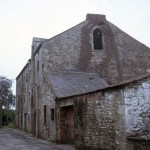 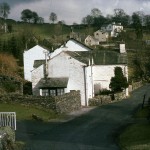 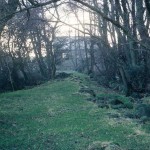 Hallthwaites near Millom. Carding mill, weaving shed, dye house and fulling mill served by a mill race and pond off Black Beck with tenter ground. Archaeological investigation in 2009 of the dye house noted “four sunken features … thought to have held hearths and dye vats” and gave the dates of “approximately 1829 to 1925” for its operation. Machinery in the carding mill of 1837 said to be “the first successful application of the carding machine to the woollen industry”. Mainly blankets. By the end of production in 1935 the carding mill housed an 80-bobbin mule spinner for all rug and carpet yarns and a 100-bobbin mule spinner for all blanket yarns. There were a total of 12 looms on site – in the weaving shed, over the dye house and elsewhere – comprising 2 blanket looms, 1 10ft blanket loom, 1 fancy rug loom, 1 48” rag carpet loom, 1 stair carpet loom, 1 jacquard loom, 1 linsey-woolsey loom, 2 rug looms, 1 happins loom and 1 other.
The dye house, Hallthwaites : Oxford Archaeology North, 2005
Towards a general history of Hallthwaites Woollen Mill, Cumbria : Louise & Philip Coward, North West Mills Group Review, 2005
A history of the weaving industry at Hallthwaites : Millom Folk Museum 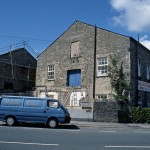 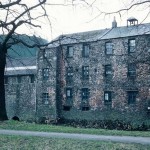 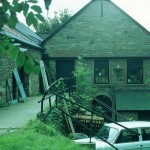 Kirkoswold. “A well built and conveniently arranged mill for carding and spinning woolen yarn” is advertised for sale in the Carlisle Journal of 30 June 1821, along with “the valuable woollen machinery used in the mill comprising one tease, one large cylinder, one carding engine with three large cylinders, two spring jacks with forty spindles each”. Advertised to be let by the same owner in September 1823 is “an old established dye house completely fitted up with boilers, wad vats, and every other requisite; an inexhaustible supply of fine water; a press house with hot press etc., and a fulling mill, both of modern construction”.
Listed by Geoff Oxley in the Cumbria Industrial History Society’s Bulletin of August 2005 and April 2006. 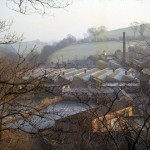 Mealbank north of Kendal. Developed by the family firm of Braithwaite after 1834, the general site having been used for woollen, snuff and corn mills some time before 1767. More than 350 people employed here in the late 19th century in a fully integrated mill with machinery for preparation, spinning and weaving.
The industrial archaeology of the Lake Counties : M Davies-Shiel & J D Marshall, David & Charles, 1969 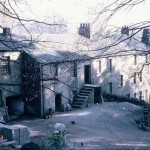 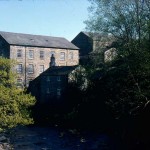 Sedbergh.
Hebblethwaite Mill 1793 – water powered carding mill, later spinning
Birks Mill spinning wool c.1800
Millthrop Mill 1796 – built for cotton, later making horse blankets
Howgill (Best’s Mill) early fulling mill then to 1860s was a major supplier of yarn to the Dover’s mills. (Click here to read more)
Farfield Mill 1837 (pictured). New buildings added for washing, carding and spinning with weaving much later. By end of 19th century these included a warehouse, a weaving shed, a dye house and a tentering house for drying and shaping the cloth. Vortex turbine replaced water wheel in main building in 1896. Rebuilt after 1909 fire with further bays to west side. Boiler house and steam engine added c.1911. Noted for horse blankets. Also supplied yarn to hand knitters in the local area. Sold by Dover family in 1930s – various uses until 1965 when Braithwaites transferred 30 looms and other machinery from Mealbank. Continued under different owners until 1995. Restored and re-opened as an arts and heritage centre, including two Dobcross looms.
The end is succeeded by a new beginning : Maureen Lamb, Farfield Mill Publications, 2001 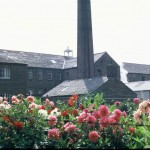 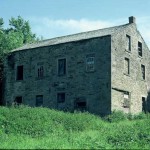 Wigton. Advertisement in the Carlisle Journal of 15 June 1822 by Richard Dugdale “carder, spinner and woollen manufacturer” who has “erected machinery upon the newest and most approved principle to make carpets, blankets, duffels, plaidings, checks, stocking yarns and various other kinds of stout woollen goods.”
Listed by Geoff Oxley in the Cumbria Industrial History Society’s Bulletin of December, 2005