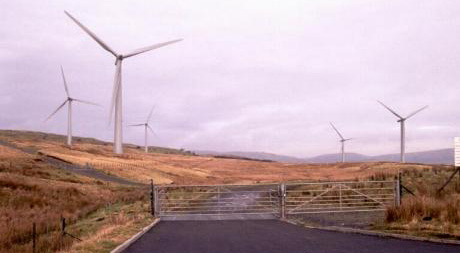 The Electric Lighting Acts of 1882, 1888, and 1899 provided the legislative structure to support the generation and supply of electric power to a wider market than that supplied by the small number of private undertakings then in existence.

Four principal types of power station were being built around 1900. Most used steam engines, steam turbines or gas engines to drive generators:

The Electricity (Supply) Act of 1926 led to the creation of the National Grid, which by 1933 was distributing power through a network of overhead cables and pylons from 130 of the larger generating stations. At nationalisation in 1948, 300 generating plants were taken over, but as the scale of power generation increased in the 1950’s and 1960’s this number was reduced so that by 1980 a total of 100 plants were supplying four times the load. Britain’s first nuclear power station opened in 1956 at Sellafield on the West Cumbrian coast, the generation of electricity being a by-product of the manufacture of nuclear weapons.

The electricity industry was privatised in the late 1980’s, since when the number of power stations has increased with the construction of relatively small gas fired plants. This trend has continued with the opening of a number of windfarms which although contributing to the government’s targets for ‘green’ energy do have a high visual impact on the Cumbrian landscape.

“Forerunners of the North Western Electricity Board” describes how on the 1st of April 1948, the control of over 600 ‘authenticated undertakings’ passed into the hands of the British Electricity Authority and the Area Boards. The following is a list of those that at the time were located in present-day Cumbria.

Barrow-in-Furness. Unique in the North-West in operating hydro-electric plant in parallel with the Grid supply. This small station, at Coniston, consisted of two 150kw water-driven turbo-alternators by Gilbert Gilkes and Gordon/Metro Vickers.

Keswick Electric Light Company. The Company began to supply electricity on 7th January 1890, the first undertaking to operate in the North-West. The generating station was at The Forge, near Keswick, where water, with a 20′ fall, from the River Greta, drove a 50hp ‘Victor’ water turbine. This was coupled to a ’30 unit’ Kapp alternator made by Johnson & Phillips. A steam boiler and a 50hp Westinghouse engine were added in case the water power should fail. In 1899 the Company was acquired by the Windermere & District Electricity Supply Company. Subsequently, steam-driven generating sets which had become obsolete at Windermere, were transferred to Keswick. A Mirrlees Diesel engine with 80kw alternator was installed around 1927, and in 1934 a further 200kw diesel set was set to work. At various dates the old water turbines were replaced, the last of this type being of 85hp. In 1938 the Company took a supply from the CEB, and on completion of the change from 100 cycles to the national standard systems in 1941 the generating station was closed down.

Whitehaven Corporation. The power station was located in the engine-house of the sewage works in West Strand, generating d/c at 110 volts. The undertaking had the customary early troubles, mainly due to the inadequate size of the cables originally laid down. In1898 most of these cables were relaid and the voltage raised to 210. In 1933 the outer areas of the town were changed over to a/c, and an 11kv supply was taken from the CEB. In the same year, when the capacity of the installed plant had risen to 2,050 kw, generation at the station ended. The undertaking had its peculiar problems, because the boiler plant not only provided for electricity generation but also for water and sewage pumping. When high tides and heavy rainfall coincided with lighting peaks the plant was heavily overloaded. In 1910 there was a complete shut-down for several hours due to burst boiler tubes.

Windermere and District Electricity Supply Company Limited. An old-established concern … these works engaged at various times in corn milling, cloth filling, paper making, flax preparation and bobbin making. It was Frederick Fowkes, the Managing Director of R.H.Fell & Son Ltd who in 1892 thought of using his surplus water power at Troutbeck Bridge so supply electricity to Windermere and district. The power plant installed in the Mills consisted of a 25 hp Gilkes single-wheel water turbine, a 20′ by 6′ Galloway boiler, a 50hp Greenwood & Batley engine, and two 25kw alternators. The first supply was to four hotels (one of these was The Old England), and to a large villa. The original underground main was laid over a distance of three miles by the Fowler,Waring Cable Company. It was still in use in 1948. The Windermere Company – which at first proposed to generate and transmit power to a wide area from the River Leven at Newby Bridge and Backbarrow – took over R.H.Fell’s business in 1897.