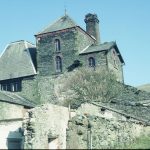 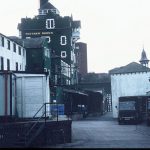 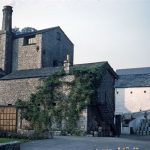 The art of brewing in Britain is thought to have been brought into Britain from Babylon. In the early days the product was ale – unhopped beer which probably had poor keeping qualities unless brewed at high strength. Before hops were employed various other substances could be used to flavour the product and it was found that these could also improve the keeping properties. Herbs such as bog myrtle, rosemary, yarrow and the stems of the hedgerow ‘hopbine’ were used variously. Indeed any flavouring which came to hand would have been employed. Hops were first mentioned in Europe in about 822.

Initially beer (or ale) was produced only on a domestic scale in monasteries (who also sold their products), country houses, farmhouses and inns. The process requires that a source of sugar, usually obtained from substances containing starch, is fermented by yeast to produce ethanol (ethyl alcohol). Suitable sources of starch include most cereals such as barley, wheat, rice and oats; these seeds were encouraged to convert their starches into sugar by the process of ‘malting’.

The malting process was carried out by maltsters (often also farmers) who would have sold some of their produce to others brewing their own beer. In Pigot’s 1829 Directory of Cumberland and Westmorland 55 maltsters were listed although the true number may have been rather more due to the limited coverage of this publication. (Only 20 were listed as brewers.) Maltsters would also brew some beer for their own use or for local sale. Indeed, as we shall see, this is how the maltster William Jennings and his son John came to enter the brewing trade. In Cumbria oats were commonly used in the process in addition to a local barley known as ‘bigg’.

A critical ingredient which must not be overlooked is water not only for brewing but also essential for washing and cleaning to save the end product from being spoilt. In the absence of mains water the favoured supplies came from springs, wells and fast flowing streams.

Beer production continued in this localised, limited way in this part of the world often necessitated as such by the limitations imposed by both the terrain and the state of the roads. For example when the White Swan in Penrith Market Place was advertised for letting in 1777 one of the assets listed was a ‘good brewhouse’.

In the south-east of England, however, things were stirring. In 1699 there were 194 ‘Common Brewers’ – specialists operating on a larger scale able to supply numerous outlets within their local area – operating in London1. Many of the once-familiar names in British brewing such as Truman, Whitbread and Guinness began to emerge between 1700-1760.

The growth of the Common Brewer in our part of the world, although lagging behind events in the south-east, took root at about this time (but with one notable exception) as shown in the following table. This is a selected listing of the first Common Brewers to be established in these locations. This list is not intended to be exhaustive nor should it be supposed that each town shown had only the one brewery. Most towns and villages eventually had at least one – testament to the difficulty of transporting large quantities of beer appreciable distances, particularly in this part of the world – and several had many more. For example Wigton at one time boasted 5 breweries.

In 1847 48 breweries were listed for Cumberland alone. Some of these were relatively small affairs employing perhaps only the brewer himself assisted by only a small number of labourers. For example when the Parton brewery was offered for sale in 1844 the particulars stated that the concern was capable of brewing 14 barrels (each of 36 gallons). The beer itself was likely to have been much stronger than is the norm today with Mild (but not lager!) being particular popular at that time.

The point about brewery size may be illustrated by information culled from the 1881 census in which several brewery owners (but not all) recorded the number of men they employed in their respective businesses.

Over time several families came to the fore in local brewing circles. These included the Iredales of Keswick, Carlisle and Workington and the Dalzells of Harrington, Parton and Whitehaven. In the 1880s and 1890s many of these privately owned breweries were converted into Limited Companies with shares offered for sale following the trend set in many other parts of the country. Not only did this move enrich the owners but it provided the newly formed companies with access to funds which were often used to expand their tied estates by buying up public houses and taking over smaller rivals.

As an example the 1891 Prospectus for converting Workington Brewery into a listed company claimed several advantages in so doing. These included ‘the extension of the business by increasing the number of persons interested therein’, ‘the greater security in management by a larger directorate, and ‘the power of raising more capital for trade extensions if and when required’. Clearly the business had fared reasonably well as a private concern since it had interests in 74 licensed houses 49 of which were owned outright – not to mention the brewery, malthouses, brewing and other equipment and stock in hand. In the prospectus the claim was made that it was ‘…probably the largest brewery in the County of Cumberland’.

Thus as time passed in the late 19th Century the numbers of breweries in the County gradually decreased due to several factors including death of the owner, bankruptcy and takeovers by rival and larger concerns. For example the Maryport Brewery had by 1894 taken over Trimble’s Brewery in Dalston and by 1901 were the owners of the Old Brewery in Wigton. These acquisitions increased the number of lucrative outlets owned by Maryport in the city of Carlisle but which had unforeseen consequences some years later.

The Great War started in August 1914 and when it was ‘not over by Christmas’ it became apparent that large amounts of munitions were going to be required for the conflict. In November 1915 work started near Gretna on the construction of a munitions factory employing some 10000 construction workers. At the weekend these thirsty workers descended en masse into Carlisle to spend their wages on drink to such an extent that the city resembled the old Wild West. The situation could not be tolerated so in 1916 the government introduced the ‘State Management Scheme’ in order to bring about some form of control.

This scheme required that all breweries and public houses in the Carlisle area came under state control – effective nationalisation. Strict rules were introduced to limit the amount of drinking including the closure of some of the less salubrious public houses. Three of Carlisle’s breweries save for the Old Brewery on Caldewgate were closed with production of a weaker product (Carlisle State bitter) concentrated there.

Maryport Brewery’s enterprising expansion of the 1890s now came back to haunt them. About half of their tied estate (but not the brewery itself) was lost in one fell swoop rendering the rest of their business in West Cumbria unprofitable. The directors petitioned the government pleading their case on these grounds and in 1917 were awarded £140,000 (some £15.35m at 2017 prices) in respect of their whole undertaking including the brewery, 38 houses, 123 tied houses, compensation to the directors and wet and dry stock. Brewing continued under state control until 1919 with final closure coming in 1921.

* The company had ceased brewing in 1906 and entered into a trading arrangement whereby Jennings supplied beer to the company’s pubs. Disputes arose several times over the financial payments due to Dalzell’s from Jennings – perhaps because Jennings had been over-optimistic in their promises. When Dalzell’s was wound up in 1925 their public houses were bought up by Jennings, Cleator Moor and Workington Breweries.

** The brewery was taken over by Jennings who subsequently closed it.

Thus it was that by the mid-1980s only the breweries in Carlisle, Cockermouth, Ulverston and Workington were operating in the county (with only Jennings of Cockermouth of that quartet still brewing today despite now being owned by Marston’s). However from this low point things started to change. In 1986 Peter Yates a former Jennings Head Brewer set up an 11 barrel plant in a barn at Westnewton near Aspatria. This was the first in a wave of micro-breweries and brewpubs (such as The Old Crown, Hesket Newmarket) to be established in the county in the succeeding years. Whilst most of these have remained fairly modest in size employing perhaps only the brewer himself some such as Coniston, Cumbrian Legendary, Ennerdale and Hawkshead Breweries have grown into quite substantial enterprises.

Although it is difficult to keep an accurate track on the numbers of breweries operating (ca 40 in 2018) in many ways the wheel has turned full circle so far as the local brewing industry is concerned.