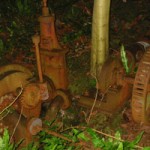 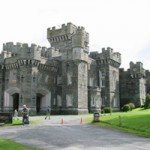 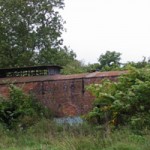 
The term Country House Technology refers to the adoption by country house owners of ‘new’ technologies of the time, and their impact on the building itself and on those who lived and worked in it.

The extent to which country house owners made use of the latest technology varied considerably. Many were unable or unwilling to invest in ‘improvements’, especially where “there was still an army of servants to maintain the family in the state to which they were accustomed”. Others – especially those who had more recently made their money from industry or commerce – wanted the latest, not only for their comfort and convenience but also to emphasise their new found status and wealth. Most were seeking to overcome the disadvantages of their rural location, away from mains supplies.

The National Trust record items of Country House Technology at their properties under six categories:

What is interesting from the point of view of an industrial historian is in the development of a new market for industrial products and equipment, and the survival of these to modern times when similar items in an urban and industrial setting have been swept away. For example the buildings, plant and fittings associated with gas lighting are more likely to have survived in the country house rather than in the mills and other premises where they were first introduced.

Cumbria has more than its fair share of country houses large and small, some old established, others relatively new. The spring 2011 conference of the Cumbria Industrial History Society took a look behind the scenes at the technologies that were adopted to make these properties work, and to increase the comfort and convenience of those who lived in them, especially during the 19th and early 20th centuries, with the focus on the buildings, equipment and processes outside the house rather than the fixtures and fittings inside.

Keynote talks were given by Prof Marilyn Palmer and Dr Ian West, respectively Emeritus Professor of Archaeology and Honorary Visiting Fellow in the School of Archaeology and Ancient History at the University of Leicester. Both are well-known writers and researchers on country house technology.

They were followed in the afternoon by a number of presentations which will include examples from around Cumbria, such as:

It is hoped to include some of these on this website before too long – click on the links for more.